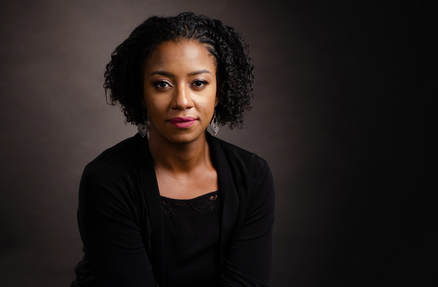 Dr. Bentley L. Gibson
The Bias Adjuster, LLC  was founded by Dr. Bentley L. Gibson. Dr. Gibson received a BA in Psychology from Spelman College. She completed her Master's and Doctorate in Cognition and Development Psychology at Emory University, focusing on the development of racial and gender biases from early childhood to adulthood.  Dr. Gibson is currently an Assistant Professor of Psychology at Georgia Highlands College. Her research focuses on what are known as ​implicit biases, associations that people may be unaware they possess, yet still impact their behaviors.

Brown, T., and Gibson-Wallace, B. (2014). Collective Neuroticism: Consequences and Manifestation of
Communal Trauma. In Scott, I. Crimes Against Humanity in the Land of the Free: Can a Truth and   Reconciliation Process Heal Racial Conflict in America?

Poster Presentations
Gibson, B. (September/2017). Sources of Implicit Intergroup Biases Among African Americans.
Association for the Study of African American Life and History.

Gibson, B., and Rochat, P. (2011).  Gender Trumps Race: Racial preference in African
American children and its impact on sharing. Society of Research in Child Development.

Gibson, B. (2010) The development of racial and gender preferences in African American
Children and its impact on sharing: A comparison study between predominantly African
American preschools and predominantly Caucasian preschools. Conference on Human
Development.